Overall, last night’s election results offered mixed results from wherever you stand on the political spectrum. But through the lens of the impact on teachers and students in New York State, there is reason to celebrate.

Most of NYSUT’S endorsed candidates in the State Senate and Assembly won, and so, for the first time in years, we have reason to feel optimistic about how Albany will respond to the needs of public education in New York during the next legislative session.

Sadly, Baldwin reading teacher Christine Pellegrino, who we helped elect 18 months ago in a special election, and who had quickly established herself as a dynamic fighter within the Assembly, did not win her bid for reelection. But as we look at former teachers called to politics, Monica Martinez, a former teacher from Brentwood, narrowly defeated Dean Murray in the third Senate District. Much of the credit for that victory goes to volunteers, including close to 100 NYSUT members who knocked on doors for her this past Saturday.

We want to express our tremendous gratitude to all the SWRTA members who volunteered their personal time this election cycle (making phone calls, sorting and distributing cards, canvasing) to help elect candidates who will protect public education.

If (when) things go our way in the coming year, we will all have you to thank.

Political Action Works
Once again, we’re very happy to bring you evidence of positive change that came about via political action.  We’ve reported on it numerous time over the past few years, and of course we saw it first hand during contract negotiations last Spring. The latest example concerns the Regents rules on opt-outing out of state tests.

Earlier this year, the Regents proposed new regulations that would have severely penalized districts with opt-out rates higher than 5%. NYSUT asked members to respond, and we did. As a result of this pressure, the “Regents rejected regulations that would have wrongly diverted federal Title I funds from students attending schools with a less than 95 percent participation rate… [and]  significantly improved upon the draft regulations and will now allow schools with high opt-out numbers to ‘leave’ state accountability lists if they are otherwise high-performing.”

Huge thanks to everyone who took the time to call or write a letter.

Grant Opportunity
RC22 (the local NYSUT Retirement Council) is offering grants of up to $500 for “the implementation of educational projects for which funding is not available through normal school districts channels.”  More information, along with an application, can be found by clicking here.

Fall Get Together
Every new school year is a reason to celebrate – but having a contract (and knowing we won’t be needing to picket) makes this year especially sweet. So let’s all celebrate together at Buffalo Wild Wings in Miller Place on Friday, October 5th. Appetizers are included, so it helps to get a head-count in advance. Please RSVP by clicking this link.

2018 may go down in history as the year of the teacher strike.  Strikes are not a new phenomenon, of course, but they have become a far less common tool in recent years, especially in the world of education.

But as conditions for teachers and students got worse and worse around the country, politicians and school boards began to see what happens when you push too far against public education:

Teachers push back, communities support them, and public education wins.

In the past eight months, teacher unions in West Virginia, Arizona, Oklahama, Colorado, scored significant victories via strikes, and Seattle teachers pushed their district right to the brink.

Why were they so successful? A lot of the press about the strikes centered on just how low teacher salaries are in many places in the country (teachers losing their houses, having to get second jobs, etc.). And the fact is, people overwhelmingly have positive feelings about teachers and don’t want to see them suffering.  But it’s important to note that strikers were pushing for greater funding for schools overall, including things like more counselors and nurses.

And while strikes are a pretty extreme tool, the success of their efforts point to a bigger point, one we’ve made again and again. It sometimes seems that the forces against public education are so immutable that there is no point even trying, we have the power to make change happen when we are united.

The proposition to hold a Constitutional Convention has been defeated. Given the sea of signs and magnets that were everywhere you looked recently, it’s easy to forget that this was not a sure thing, and just a few months ago it very much looked like it would go the other way. Back in May, voters surveyed were IN FAVOR of a constitutional convention by a margin of 62 to 22.Make no mistake – we made this happen. The combined efforts of teachers, cops, firemen, corrections officers,  etc, etc. not only helped sway public opinion but got out the vote to make sure that this potential catastrophe was averted. It proved, once again, that political action by organized labor can be a serious force for positive change.Speaking of getting out the vote, SWRTA had a great showing at the RCFA phone bank: We had at least one representative from each building, and we managed to make hundreds of calls. CLICK HERE FOR PICTURES.  (Note: I couldn’t get actual pictures of everyone who made calls, so I had to improvise)

Clare Rose workers are back on the job. Once again, we (SWRTA and other NYSUT Locals) should be very proud of the role we played in supporting our union brothers and sisters. 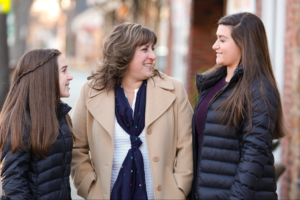 Running as a progressive Democrat in an overwhelmingly Republican district, her candidacy was a longshot, but she prevailed thanks to tremendous support from NYSUT and other unions. Members from all around (including SWRTA) made phone calls, attended fundraisers, and canvased for Christine to help get out the vote and help voters see why she was the far better candidate to represent working people.

While it’s just a single seat in an Assembly with 150 members, make no mistake – this is a huge victory. It is a victory for teachers who now have a voice within the chamber, and it is a victory for unions – showing that we can still fight the good fight and prevail.

We are very proud of Christine and wish her tremendous success.

The New York State Legislature finally reached an agreement on a state budget last week, a little more than a week past the deadline. This was the latest budget during Governor Cuomo’s time in office (although quite shy of the 2-4 month late budgets of the late ’90s and early 00’s). You can click here to see the final bill and get an understanding of why it is referred to as “The Big Ugly.”

The following is a top-line look at some of the key issues. For more detail, please see NYSUT’s detailed summary (from which this post was excerpted and modified).  For the sake of comparison, if you want to look back at what NYSUT was advocating for and what the individual houses were proposing, please see this prior post.

The strike is over!  Please see this article from Labor Notes:  Verizon Strikers Show Corporate Giants Can Be Beat

We (SWRTA and other NYSUT Locals) should be very proud of the role we played in supporting our union brothers and sisters.

As reported before the break, the Common Core Task force released their report on December 10th, which included a recommendation for a moratorium on the use of  Common Core tests in teacher evaluations. Four days later, the Regents adopted an emergency regulation which accepted that recommendation and states that there will be “no consequences for teachers and principals related to 3-8 ELA and mathematics state assessments and no growth score on Regents exams until the start of the 2019-2020 school year.”  Most recently, NYSED released a FAQ about the transition which gives guidance to districts on implementing and negotiating APPR in the face of the new regulations.

On one hand, the recommendations in the report are a positive sign – the persistent push-back from parents and educators has forced the Governor and State Ed Dept. to respond and to acknowledge that the system is broken. It is an opening that, with sufficient effort, we can turn into positive change. But as NYSUT’s statement says, “there is more hard work to be done,”  and unless we come together to do that work, these new regulations will wind up doing more harm than good. Here’s a quick summary of what that harm is or may be:

Commissioner Elia insists that there will be “no additional testing,” but this is just not accurate. The regulations require that all teachers be given a growth score based on student achievement, so districts (like ours) which do not already have final exams in all grades would need to create (or use commercially produced) final exams, thus adding additional testing to the year. Because it will be necessary to create “pre-” and “post-” local tests, students in grades 3-8 may find themselves taking three times as many tests each year. For now, districts that have been granted a waiver for 2015/16 do not need to add additional tests (allowing those teachers to be evaluated solely by observation), but that would be for this year only (nearly all districts in the state, including SWR, applied for, and were granted, waivers). Also, although the statement in the first paragraph seems to make it clear that Regents exams cannot be used for evaluations, the FAQ document appears to say otherwise (see question 9).

Although they don’t count for students or teachers, the state tests will still be given, and teachers will still be getting a score based on them. The score just can’t be used for employment decisions (e.g. tenure, dismissal, putting a teacher on a TIP).  In other words, teachers whose scores were based on state tests will now be getting two evaluation scores, a “transition score,” which does not include state tests, and an “original composite score,” which does. So if your students don’t do well on the state tests, you will still have the pleasure of being labeled as developing or ineffective – although the rating can only be used for  “advisory” purposes (whatever that means).  It will also be shared alongside the transition score if parents request a teachers’ rating.

Students (and teachers) are still being assessed on Common Core

As noted, the moratorium is on STATE common core tests. But the requirements continue to call for testing, and since our math and ELA curriculum is still based on the common core, then obviously our local tests will need to be as well (unless we’ll be testing students on something other than what we’re teaching them). So even though the commission found serious flaws with the Common Core that necessitate it being revisited and revised over the next few years, it will still be used for evaluation.

A false sense of security

The way the press has been reporting this story, along with misleading statements from Commissioner Elia (e.g. “Now that we’ve put the use of assessments for evaluations on hold…”), make it seem that, at least for the time being, things are just fine. Obviously, they are not, and the big fear is that just as we need to get people involved and active, they will become complacent and will not push for the legislative change that is needed. Along with the the issues above, we need to remember that all the other negative aspects of the Education Transformation act (diminished due process, unrealistic tenure requirements, school takeovers, etc) remain in place.  The longer this law stays on the books, the more difficult it will become to swing things back.

A strong, organized, push will be necessary to bring people together to fight for change. We hope that people respond. We will keep you posted.

A few recent stories from the education blogs and columns: