Using Data to Fix the Weather

In a move they say will help protect the residents, businesses, and schools of New York State from the effects of more harsh winters, officials are seeking to ban snow blowers. 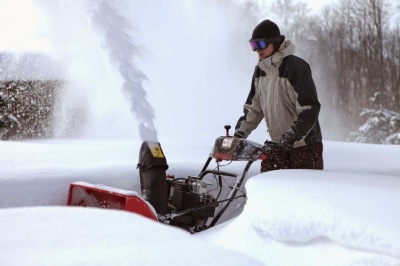 The recommendation was made using the same data analysis system recently used to solve the education crisis.
Earlier, the State Education Department had looked at standardized test scores and realized that since teachers who work in schools with the population segments that tend to do most poorly on tests are less likely to be rated effective, the problem can be fixed by moving the teachers from one set of schools to another. As a spokesman said,”We looked at these groups who are far more likely to be dealing with the effects of poverty or to live in homes where English isn’t the primary language, and we said, clearly the issue here is the teachers. We can’t think of any other explanation.”

With this problem out of the way, state officials turned to the weather, another issue that, like public education, they see as “a huge drain on taxpayer money.” Analysts poured over years and years of national sales data for various products and realized that in states where snow blowers are sold, snowfall levels are much higher than in areas where they are not sold. In fact, Florida and Hawaii, two states in which snow blowers are not sold, get no snow at all. As one state official said, “We believe that by banning these items, we can drastically reduce, maybe even eliminate days lost due to snowfall. In fact, we really want to push this a step further. The plan is to confiscate all snow blowers in New York state and ship them to Southern California to help solve their drought.”

If this succeeds, the next area of focus will be medicine. One analyst said, “We created cluster maps of people suffering from various illnesses and were shocked to find an undeniable correlation between the location of hospitals and concentrations of sick people. This is a true health crisis, and it’s about time that they be held accountable. Why are we paying all this money for medical care when there are still sick people?” Plans are still in the works, but the state is looking to implement a system in which hospitals with too many sick people would lose funding and doctors and nurses who work there would be be rated ineffective.